Arduino is a small computer for IoT (Internet of Things) projects. It represents a construction set of relatively cheap components, which are able to measure, save and send data from different sensors. It is only necessary to connect some components and make a computer program. And it was the only way for us how to make-to-measure cheap equipment for three localities.

A first prototype was constructed for evaluation of a possibility to make and run such scale in real conditions. And despite it had few children diseases, it looked a reliable project.

A new prototype II was a bigger challenge. It had to be much better, because it should work in harsher conditions – without plug-in, too far to reach it every time something happens and with low GSM signal. And we probably have it! Just calibrating, the first GSM Hive Scale is prepared for application. 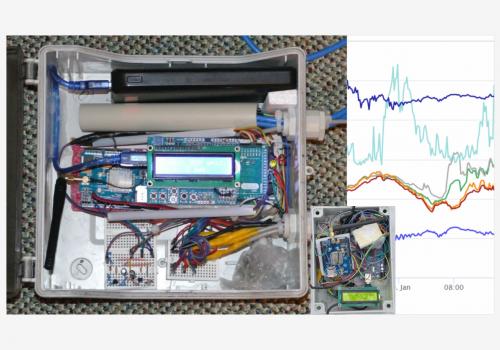