Egyptian fruit bat or Egyptian rousette
scientific name; Roussetus aegyptiacus
this is also one member of the megabat species their diet is mainly on the fruits. the individuals were numerously caught in the rehabilitated area with the mixed species if plants showing the favor of the area on these species survival as the supply of food and shelter.
conservation status of the species as described by the IUCN; Least concerned (LC)
NOTE
all the individuals were safely removed from the traps and released back into their environment without any damage 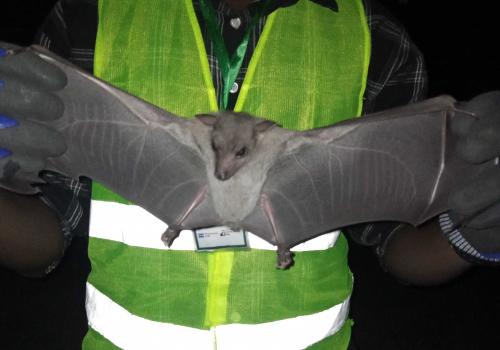