The Cadomin limestone quarry is located in the town of Cadomin, Alberta which is about 360 km west of Edmonton and 50 km south of Hinton.  The quarry is a 181 ha site located in the foothills of the Rocky Mountains and is contained by the McLeod River to the west, foothills with subalpine vegetation to the north, and a Zone 1 Prime Protection Area to the east.  Other major industrial operations in the area include forestry and coal mining; with several abandoned mines and towns located nearby.

The Town of Cadomin has permanent residents; however the community’s population grows during the summer months, particularly on weekends and holidays.  The area around Cadomin is used frequently for horseback riding, ATV use as well as hunting.  Lehigh and the community have a good relationship and the quarry contributes to the Town’s roadway management activities and also has worked with the community and Environmental Not-for-profit Groups (ENGO’s) to aid in river habitat management and wildlife tracking.

The quarry supplies close to one million tonnes of limestone to Lehigh Hanson’s Cement Plant in Edmonton by rail for the manufacturing of cement. The mine is not a typical pit run mine. Instead, material is blasted off the working face and deposited into a 50 metre raise (material chute) where it is crushed and stored completely inside the mountain; only when it’s transported to Edmonton via rail does the rock leave the inside of the mountain. To date no long-term reclamation has been completed due to current activity or future planned activity within the boundaries of the Mineral Surface Lease area.

Located in the foothills and montane regions, the area provides habitat for a diverse range of species.  Some of the recognized species in the region include Black Bears, Grizzly Bears, Cougars, Big Horn Sheep, White Tailed and Mule Deer, Whitefish, Harlequin Ducks and several species of bats.  One of the main ecological concerns in Cadomin is the bat population.  Across from the quarry exists the ‘Cadomin Caves’; which is a large maze of caves that are still not yet fully surveyed, but are known to be of significant importance to hibernating bat populations that make use of the habitat.  In 2014 the Cadomin Caves were closed to public access due to concerns over a disease decimating Alberta’s bat population; White-Nose Syndrome.

Grizzly bears frequent the quarry lands and adjacent properties which is why Lehigh has previously worked with the Foothills Model Forest to research grizzly migrations through the area.  Lehigh has also worked with Trout Unlimited to re-armor banks along the McLeod River to sustain and improve fish spawning habitat.

The quarry lies at the edge of the foothills geographic region which progresses into subalpine and alpine habitats, making eventual reclamation challenging.  Challenges that exist include minimal topsoil and nutrients available for seedlings (and for on-site salvaging), extremely high wind speeds and other extreme weather events resulting in erosion and damage to new vegetation and the high altitude and steep slopes present challenges for species selection and feasible reclamation options.

No endangered species have been identified on site during the site assessments and surveys.  However, Harlequin Ducks have been observed on the McLeod River just upstream of the quarry operations and a Golden Eagle is believed to have a nest east of the quarry.  The Cadomin cave with its large local bat populations would also be considered special habitat and preliminary discussions on long-term reclamation plans have included considerations for converting reclaimed quarry structures into over wintering bat habitat.

The Cadomin Quarry is situated within the Boreal Plain and Montane Ecozones in Alberta, with some mixed grasses and willows and conifers in the lower altitude levels and along water courses.  Minimal sub/top soil exists covering the rock base, upper altitudes have reduced vegetation content and biomass but higher observations of lichen species. 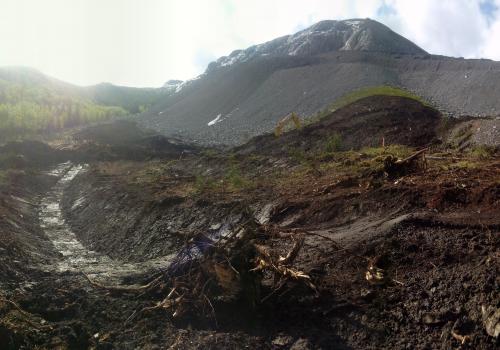 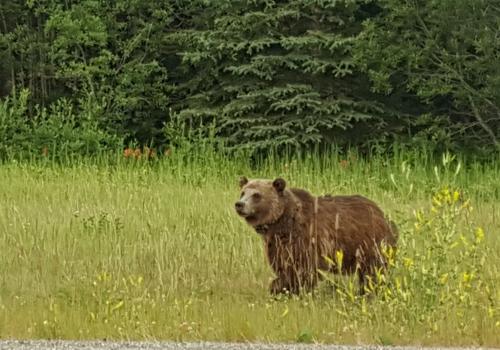 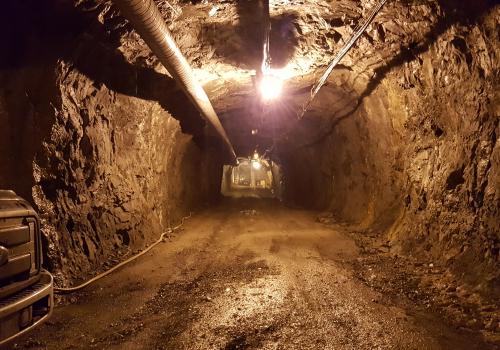 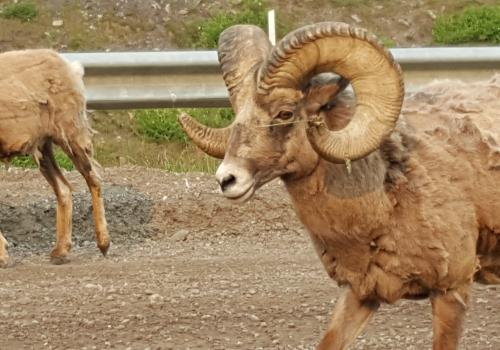 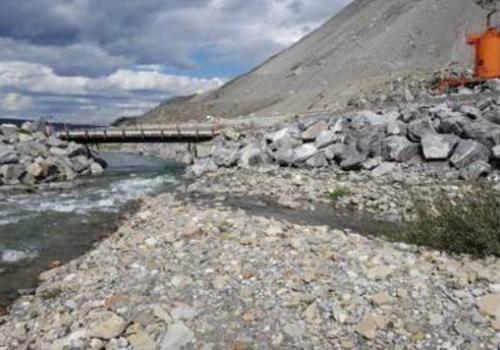 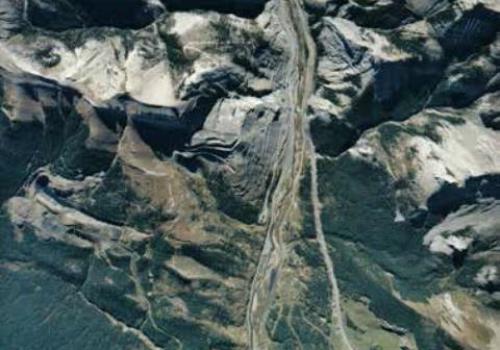 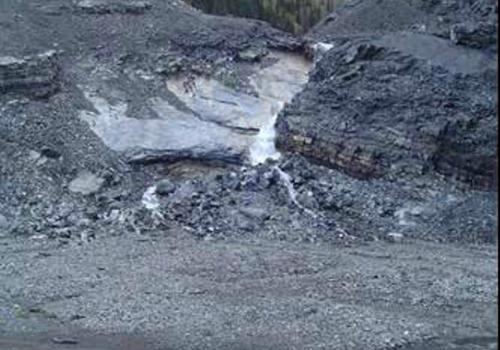 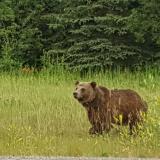 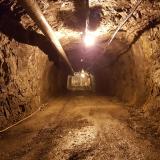 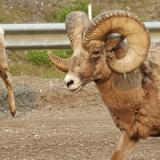 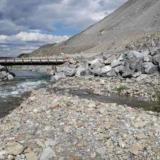 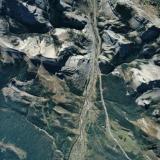 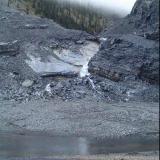 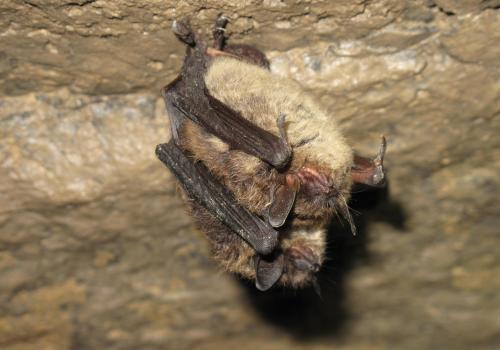 Bats are enigmatic species with a voracious appetite for insect pests, saving billions of dollars per year by enhancing agriculture and forest productivity. This is significant when considering the long lifespan and low fecundity of the Little Brown Myotis, Myotis lucifugus (MYLU). COSEWIC reported Canada as representing ~50% of the global range of MYLU before the arrival of White Nose Syndrome (WNS). Since then, COSEWIC cites a >90% decline of infected MYLU hibernacula in eastern Canada. In 2016 WNS was recorded in Washington State. The Lehigh Hanson Cadomin Quarry is in an ideal location to provide enhanced biodiversity management on site for two federally endangered species; MYLU and... Zobrazit celý projekt 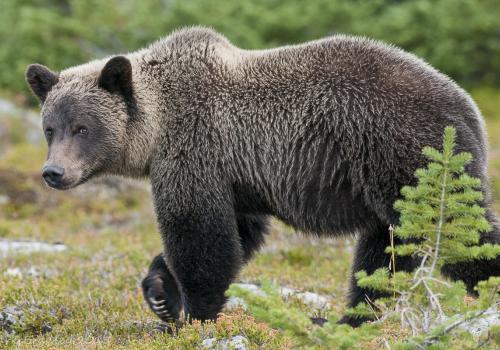 The co-existence of a threatened population of grizzly bears with quarry mining in Alberta, Canada

Grizzly Bears (Ursus arctos) are a threatened species in Alberta and are often considered to be an indicator of ecosystem health. Along the eastern slopes of the Rocky Mountains in Alberta, Canada, grizzly bears occupy a landscape highly influenced by recreation and industrial activities including forest harvesting, oil and gas exploration and extraction, and mining.   Over the past 18 years (1999-2017), the fRI Research Grizzly Bear Program (fRI GBP) has amassed the most comprehensive data set of grizzly bear data anywhere in North America. Historic collar data from fRI GBP has shown grizzly bears frequenting the quarry lands and the adjacent properties, including adjacent coal mines... Zobrazit celý projekt